10 Most Important Facts about the Dead Sea

It is regarded as one of the leading tourist attractions in Israel and indeed the whole world, but it’s not just tourists who flock to the Dead Sea. In the summer, it’s difficult to find an available room in the local hotels, yet the recommended season to slather your body in Dead Sea mud is actually the winter…So, what do you need to know before you begin floating? 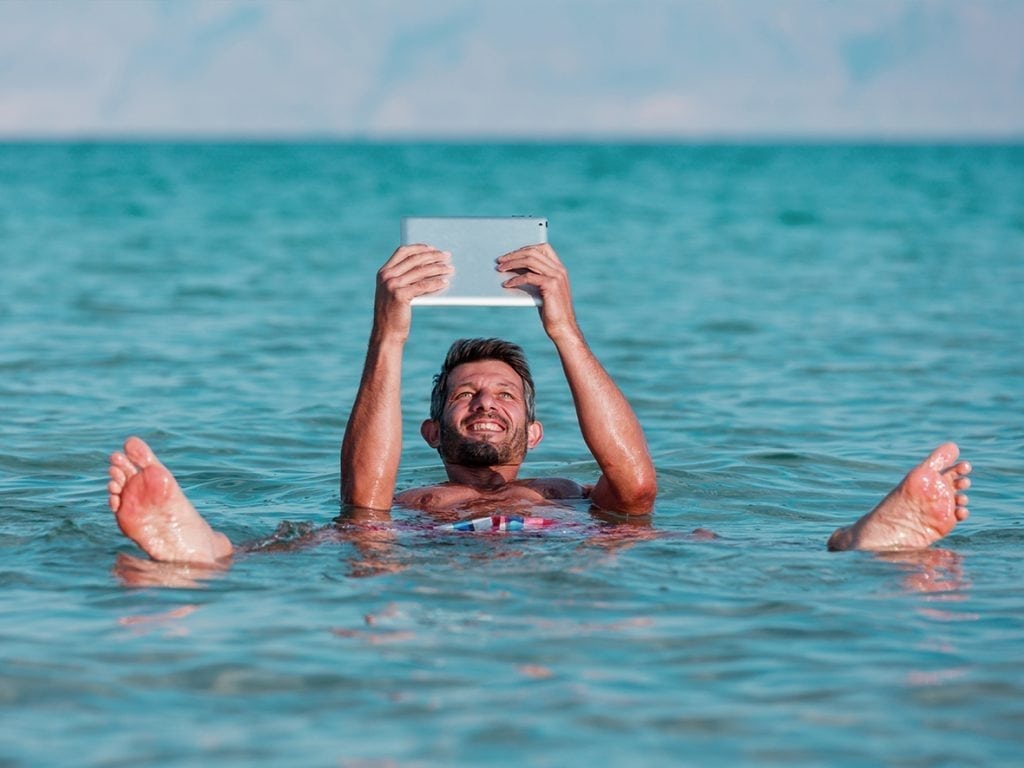 1. The lowest point on earth

For millions of tourists across the globe, the Dead Sea is home to one of the most extraordinary experiences of nature. It is situated at the lowest point on earth, 423 meters below sea level. Here, sea and desert meet, and together they form a breathtaking vista at the Syrian-African rift, spreading across the border of Israel and Jordan. Two countries, on either side of the sea, have each developed their own vibrant tourist industry around the wonder of the Dead Sea.

In Israel and throughout the world, this unique body of water is called a ‘sea’, however, the Dead Sea is actually a huge lake covering 50 km in length, with no outlet to the ocean. It has been coined a ‘sea’ due to the composition of its waters, with a high concentration of salt at about 34% – 10 times that of the Mediterranean Sea. What’s more, it is the fourth saltiest lake in the world, after Lake Assal in Djibouti, and the Don Juan Pond in the state of Victoria on Antarctica.

3. The ‘Dead Sea’ is actually teeming with vitality.

The name for the sea is unique in its reference to death. Due to the high salinity in its waters, the Dead Sea is not conducive to any forms of life. It contains no fish or animal life, but the salt and mineral-rich waters are regarded as a source of vitality for the body and soul. In fact, even in ancient times, the Dead Sea was a sought-after destination for royalty, such as King Herod and Queen Cleopatra, who visited the Dead Sea to enrich their bodies with the essential minerals of the water and mud pools.

4. A destination for medical tourism.

The Dead Sea is a popular international destination for the medical tourism industry. The rich concentration of minerals in its water and mud, zinc, and oxygen-rich air has been clinically proven in the treatment of psoriasis and other skin diseases, asthma, rheumatism, high blood pressure, and more. Most local hotels have established health clinics and spas that provide a range of services for the growing demands of medical tourism. Indeed, throughout the year, the beaches, hotels, and health centers are full of people who have come to the Dead Sea for various health treatments and benefits.

The waters of the Dead Sea are extremely dense, which allows you to float on the surface of the sea. The floating experience is an attraction in its own right and it draws tourists from all over the world. So, if you are already here, don’t miss the extraordinary sensation. Take the relaxing opportunity to hover on the water surface, while your skin enjoys all the benefits of the salt and minerals – and most importantly, make sure you capture it on your smartphone!

6. Almost a Wonder of the World.

In 2011, the Israeli Tourism Ministry nominated the Dead Sea in the “Seven Wonders of Nature” competition, in order to boost the image of the Dead Sea in the global tourism industry. Among 439 contenders, the Dead Sea climbed to number 14 on the list of finalists. Even so, the Dead Sea is among the most popular tourist destinations in the world, competing with a prestigious list of sites that include the Komodo National Park in Indonesia, the Jeju Island of South Korea, and the Iguazu waterfalls in Argentina and Brazil.

7. The most visited stretch of beach at the Dead Sea is actually a pool.

The Dead Sea hotels on the southern shores are close neighbors with the artificial pools established by the Dead Sea Works company. Yes, that’s right – pools! The pools are filled via water pumps that bring water from the north part of the sea to the south part. Drought and water shortages in Israel and surrounding countries in recent years caused an extreme reduction in the amount of water flowing from rivers into the Dead Sea. This caused the southern part of the Dead Sea to dry up. The development of artificial pools maintains a steady flow of water to the south Dead Sea, allowing the continued flourishing of the sea and the exciting tourism opportunities it brings.

8. Smile for the camera.

In 2011, photographer Spencer Tunick produced a mass-nude photo of approximately 1000 Israelis who volunteered to strip off and float naked on the Dead Sea. The photograph won worldwide accolades and was designed to advance the nomination of the Dead Sea in the “Seven Wonders of Nature” competition.

9. You can’t get sunburned? Think again.

The Dead Sea is located in a desert region, so even in the winter months, there is not much rainfall. The low location of the Dead Sea and the increased distance from the sun’s rays have given rise to the myth that you can spend hours on end in the sun at the Dead Sea without getting sunburn. Even so, it is important to be careful as the UV sun rays at the Dead Sea can still be dangerous to the skin. So make sure to avoid exposure for long periods of time without sun protection.

10. The world’s most ancient scrolls.

In the 1950s, a Bedouin shepherd was searching among the Qumran caves for a lost sheep, and he stumbled upon a world-famous discovery: ancient scrolls with critical importance to the history of the Jewish people. An in-depth examination of the scrolls revealed that they were handwritten in the most ancient version of Hebrew ever found in Israel. They were named “The Dead Sea Scrolls”. Fortunately, the scrolls were found in excellent, almost complete condition, due to the dry weather that is characteristic of the Dead Sea valley region.