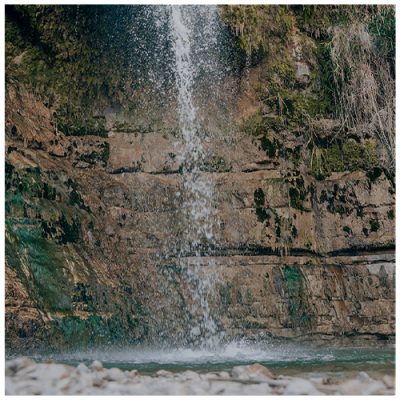 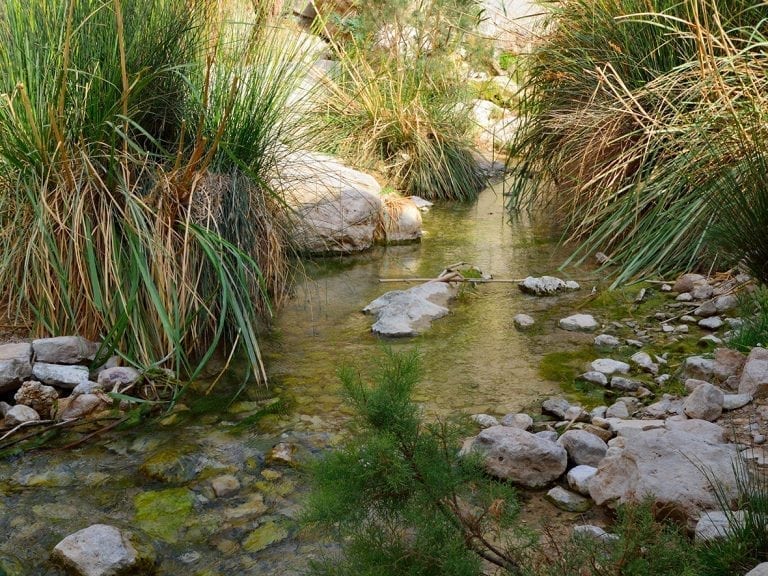 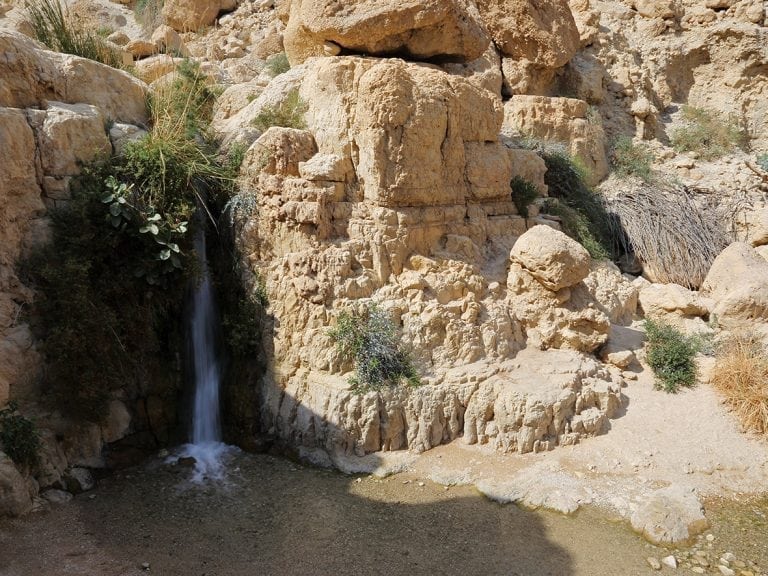 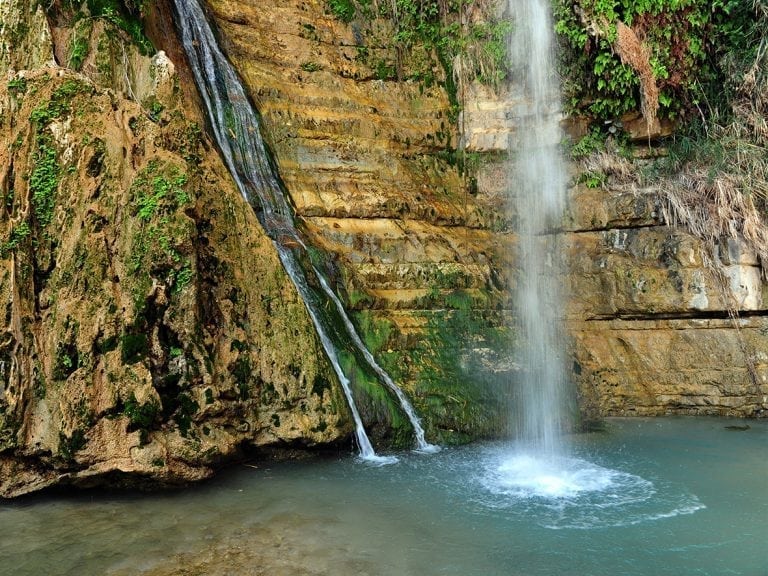 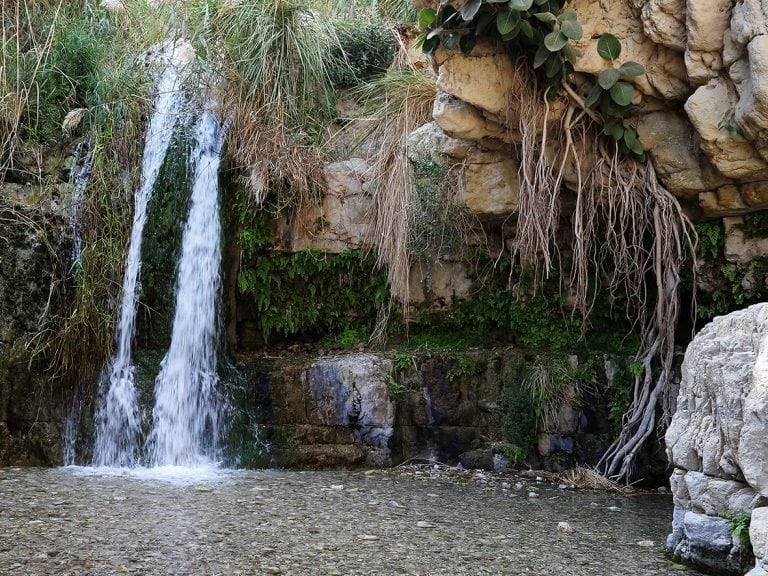 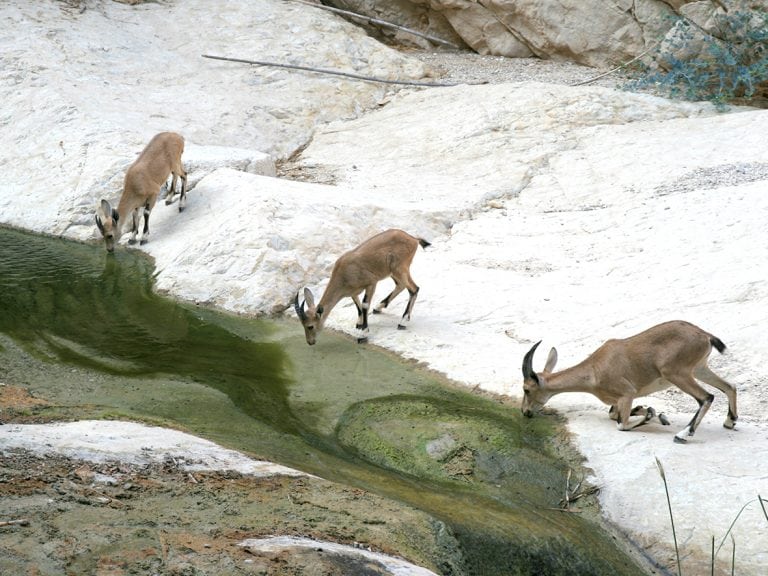 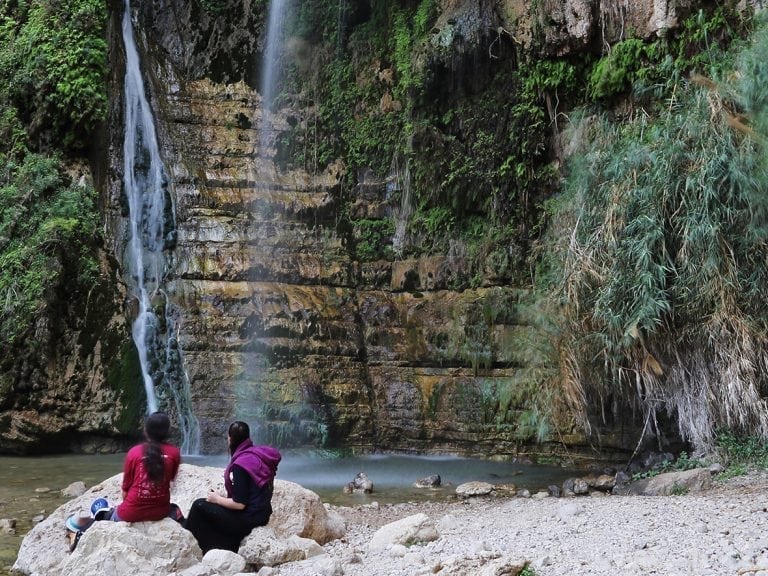 The information written below is a recommendation for walking tracks in the Dead Sea Region. It is crucial to advise with an experienced travel guide or local authorities before venturing out in the Dead Sea.

What is Nahal David and where is it located?

A full Judean desert experience is encapsulated in this short but none-the-less spectacular river hike. David River (Nahal David) is in the northern branch of the reserve of Ein Gedi. The river itself is about 11km long. It starts high up the Judean plateau, keeps a moderate slope, and is mostly dry. It drops some 190m down a huge dry waterfall to the level of the sloping cliffs, where it creates a steep and curly canyon of white smooth limestone. The springs are located in a lower part of the river and provide 120 m­­3 per hour in the summer, and around 170 m3per hour in winter. The river ends merging with Arugot River forming a delta of 2-3km to the shores of the Dead Sea.

The river is named after King David. The bible (1Samuel, 24) describes him hiding there from King Saul. While David was hiding in the cave, King Saul entered it while he could see nothing in the darkness with a search for rest-room. David then gave up his chance to get rid of his persecutor. The biblical story rendered the names to the near sites – Mount Jesse (King David’s father), Shulamit waterfall, and Dodim cave.

There are a few options to hike Nahal David, but the easiest enables to cover the most spectacular part in less than a 20-minute walk. As we enter the gates of the reserve we are most likely to be welcomed by Ibexes and Hyraxes- those Latin names refer to the Mountain-Goats, majestic herbivorous mammals which graze solemnly the rich vegetation in the reserve. The Hyrax is a small mammal. It looks like a bunny with short ears, but it is morphologically closer to the elephant. Though warm-blooded, the Hyrax does need a bit of warming up before it can get fully active. In the morning hours, many of them can be seen sunbathing. Both are mentioned in Psalms 104, 18: “High in the mountains live the wild goats and the rocks form a refuge for the hyraxes”.

In less than 5 minute walk we get to the first pools, with fresh running water, where visitors are welcome to dip. The path crosses the stream a few times and mild stairs lead to further pools – each one embraced with reeds, and other water plants, and enables a cool shower under natural waterfalls. Dragonflies and Damselflies hover around, and in the shallow water Tadpoles and Crabs can be seen.

On the walls, there are more than 20 species of different plants that can be spotted, such as the Tamarisk tree, palm trees, figs, Capparis, calotropis procera (aka – The apple of Sodom), and many others. From this point, there’s a parallel path that takes us quickly back to the entrance. The short hike ends under the 25m high Shulamit waterfall.

Nahal David is a part of the confined Ein Gedi Reserve, admission fee is required, and the visitors should keep all restrictions – eating, littering, and smoking is strictly forbidden. A couple of years ago an un-extinguished cigarette set 80% of the reserve on fire.

Please advise local tourist authority on weather conditions, track conditions, and official maps before you begin any track in the Dead Sea Region.

Tagged as: Good for Kids, Parking