The Dead Sea, a salt lake that borders Southern Israel, is situated at the lowest elevation point on Earth. In addition, it’s also surrounded by the dry, humin Judean Desert. Consequently, the climate at the Dead Sea remains warm and sunny all year round.

The temperature of the Dead Sea water rarely, if ever, drops below 20 degrees Celsius, and peaks at 32 degrees during the summer months. The surrounding climate is also particularly warm, even in winter.  Due to the sea’s water mass and heat capacity, the sea temperatures are actually hotter than land during the winter, and cooler during the summer.

Note: These are the average high temperatures for the Dead Sea, i.e. what you can expect at midday during these months. The lowest average temperature is usually 5-6 degrees cooler, and the yearly average low is just 15° during January and December nights.

These temperatures are noticeably higher than other Mediterranean lakes and seas. For example, the neighboring Red Sea has a yearly average high of 26°, and lows of 2°.

Why is the Dead Sea water so warm? 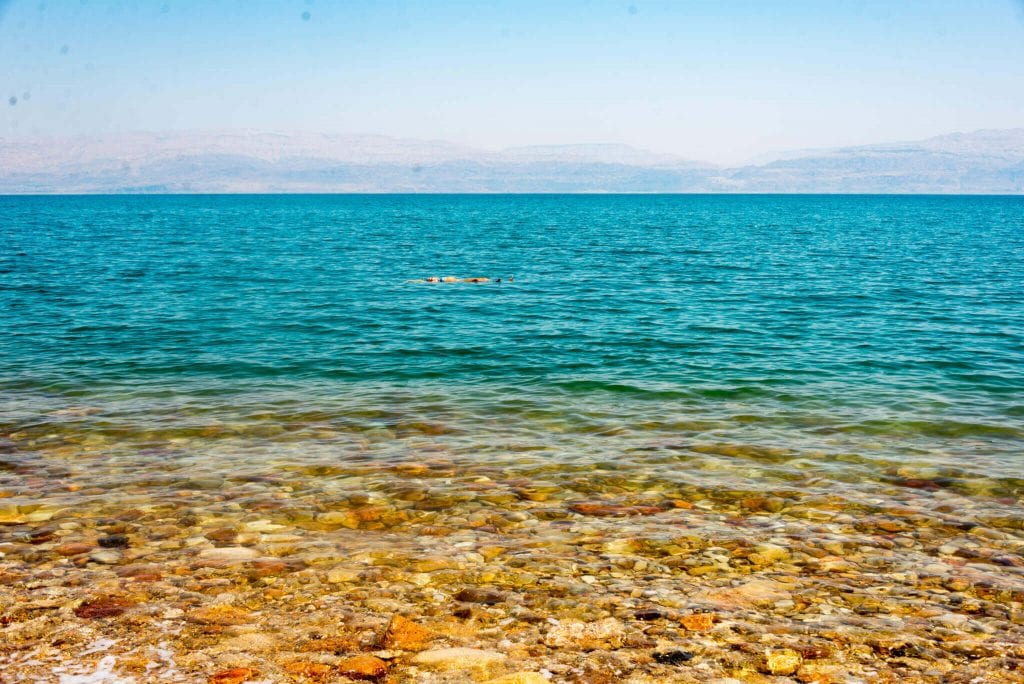 The Dead Sea is located in the Juden Desert – an area that has year-round high temperatures. Like any large body of water, the Dead Sea modulates the temperature around it. The sea temperature is slightly higher in the winter than the land around it, and vice versa during the summer.

What is the Dead Sea water density?

The Dead Sea’s salt concentration fluctuates at around 31.5%.  This causes a water density of 1.24 kg/l, which allows people to float on the water’s surface, rather than swim.

The Dead Sea offers tourists and visitors are a truly memorable experience. Unlike any other body of water, the remarkably high concentration of salt in the Dead Sea allows you to float buoyantly across the surface of the water and swimming is nigh on impossible.

However, to ensure you have a good time, please pay attention to these do’s and dont’s: