Lakes in Israel Every Nature Lover Must Visit

Israel is known for its deep and rich heritage. Practically every step you take in this magnificent country is steeped in historical significance. Much of the ancient architecture has been preserved and tourists can marvel at the Roman, Ottoman, Crusader periods, and Judean castles, religious institutions, and city walls.

In addition, the land of Israel is also home to many geological and natural phenomena, in particular, its lakes and seas. Across the country, there are many lakes, each with its own story of how it contributed to the settlement of the land thousands of years ago. However, the biggest and most famous two are certainly the Dead Sea and Kinneret.

Is the Dead Sea a lake? 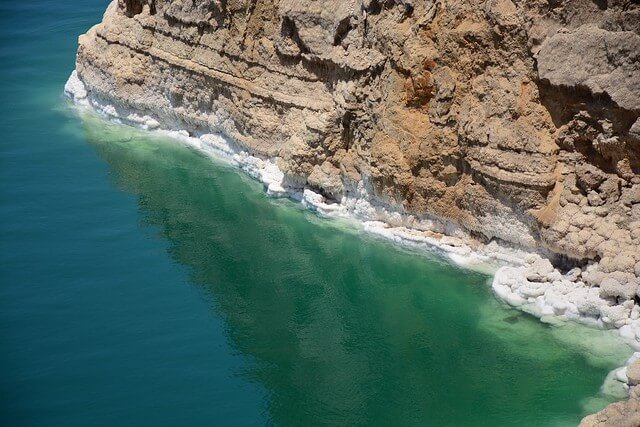 Yes, the Dead Sea is a world-famous salt lake. Each year, tens of thousands of visitors travel to enjoy the region’s scenery, historical heritage, and year-round summer climate. The banks of the Dead Sea are lined with spas, luxury hotels, and resorts so there are plenty of options for accommodation.

Where is the Dead Sea located?

The Dead Sea is located in the south of the country, just west of Jordan. It lies on the edge of the Judean Desert which constitutes most of Israel’s southern region.

What is the Dead Sea famous for?

The Dead Sea is famous for being the lowest point on Earth, and for its remarkable saline quantity which allows you to float across the water without having to swim.

Its surface and shores are 430.5 meters below sea level, and the sea itself is over 300 meters deep. The hypersaline lake has a salt density of 34.2% which makes it one of the saltiest bodies of water in the world.

The extreme salinity makes it impossible for marine life to inhabit the water, and the surrounding region cannot contain any life at all – hence the name ‘Dead’ Sea.

Where to stay at the Dead Sea and how much time to plan for a visit?

Visitors can choose from a variety of hotels, spas, health resorts, and hostels. There are accommodation options available for every budget, ranging from 5-star luxury hotels to hostels for those on a lower budget, You can also choose to stay in the neighboring city of Arad or in the Ein Gedi area. For an even more authentic ‘Israeli’ experience you might want to consider staying in a kibbutz, or hostel or pick one of the campgrounds.

The most popular tourist resort is called Ein Bokek which is situated near the southern tip of the Sea.

We recommend staying at least several days to truly experience all that the Dead Sea has to offer. Aside from the beaches, the region is also home to numerous historical sites, such as Masada, the Qumran Caves, and Mount Sodom.

What type of trip to expect?

The type of trip you will have depends on where you choose to stay and which activities you sign up for. You can enjoy a serene and relaxing stay at a luxury spa or an all-action trip of caving, hiking, and rappelling.

When is the best time to visit the Dead Sea?

During the summer, the area is extremely hot and can get quite crowded. If possible, we recommend visiting during the spring months. Although the weather is warm year-round, it’s far more bearable between early spring yet without the risk of winter floods.

The Sea of Galilee 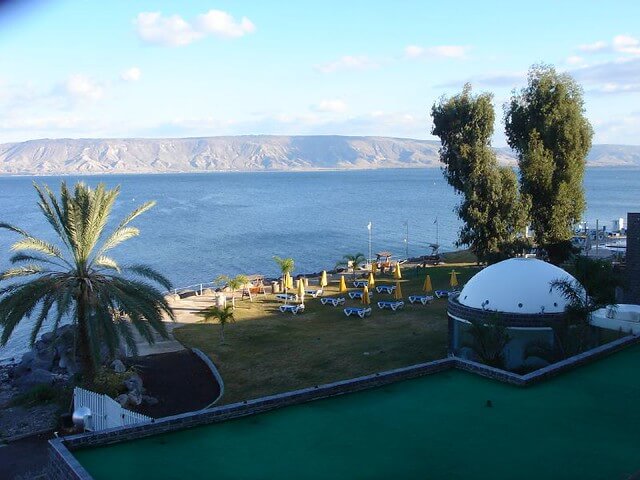 The Kinneret, also known as the Tiberias Lake, another name for lake Galilee, is a large freshwater lake in Israel.

Where is Kinneret located?

The Sea of Galilee is located in northeast Israel, just below the Golan Heights and above the Galilee region. The area lies on a rift known as the Jordan Rift which means the area is prone to earthquakes.

In recent years, the Tiberias Lake drying up has been a source of concern for environmentalists. Increased irrigation diversion has caused worryingly low water levels.

What is the Sea of Galilee famous for?

The lake is famous for being the lowest freshwater lake in the world, standing at 215 meters below sea level. The lake also has a profound historical and cultural heritage. It’s referenced many times in both the Old and New Testament and was the location for many historical and biblical events.

According to Christian mythology, Jesus performed his miracle of walking on the water at this lake which is also the location of the Sermon on the Mount. In Jewish mythology, the legendary ‘well of Miriam’ which provided water to the wandering Jews in the desert is said to lie at the bottom of the lake.

Where to stay at Kinneret and how much time to plan for a visit?

There are many local hotels, hostels, and holiday rentals along the sea’s banks. Alternatively, visitors can stay in the neighboring city of Tiberias which is a thriving holiday beach resort, replete with hotels suitable for all budgets.

We recommend staying at least several days at the sea.

What type of trip to expect?

You can expect a trip of unparalleled tranquility. The north of Israel offers stunning views, scenic hikes, and many golden beaches.

There are also plenty of activities to enjoy including boating, rafting, hiking, and of course, there are history-based guided tours.

When is the best time to visit Kinneret?

The weather is best during early Spring, or late Summer –  between March and June or in September/November. In the summer, the region is very hot and humid, although it can still be quite enjoyable, especially at nighttime.

In the winter, it may be too cool to really get the most out of your trip as the water temperature drops to under 10 degrees Celsius.

What is the largest freshwater lake in Israel?