Dead Sea Kibbutzim: Who lives at the Dead Sea?

It might be called the Dead Sea, but did you know that there are people living in the vicinity of this extremely salty lake? That’s right – at the Dead Sea, you can find not only tourists but also several thousand inhabitants! It’s a challenging environment, no doubt – the climate is very hot and humid, with hardly any rain; however, this climate has its advantages for the industries surrounding the Dead Sea, as well as for tourism – as tourists can visit the Dead Sea year-round. 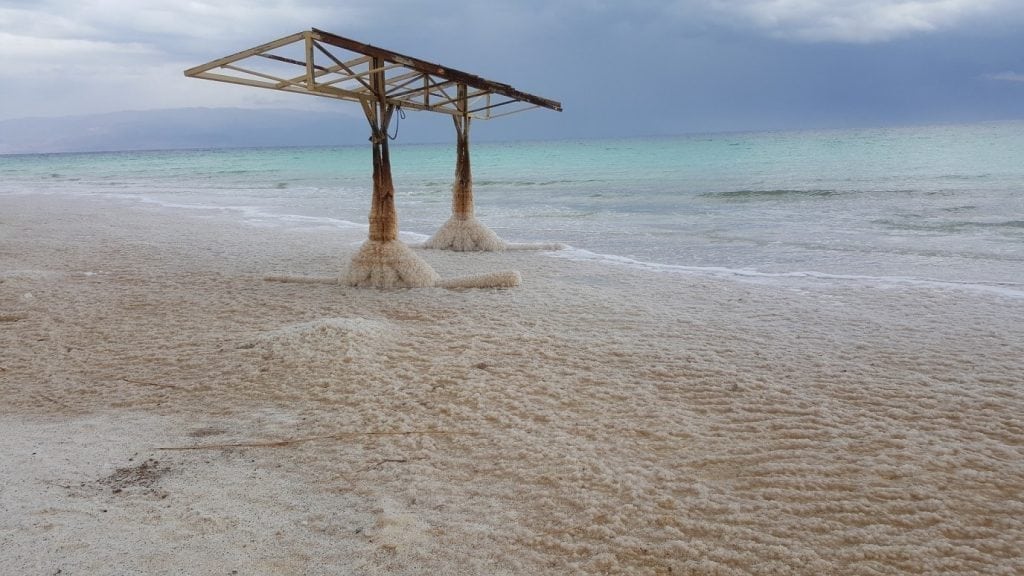 In the Dead Sea area, some people live in little towns and villages such as Jericho, Neve Zohar, and Neot HaLikar; while others live in a mode of settlement unique to Israel – “kibbutzim” (plural of “kibbutz”). If you plan to travel to the Dead Sea, some of these villages and kibbutzim are definitely worth a visit.

What is a kibbutz?

The Israeli kibbutz is a collective community, usually based on agriculture and/or industry. The first kibbutz, Degania, was founded in 1909 on the shores of the Sea of Galilee. Originally, the purpose of the kibbutzim was to combine Zionism and socialism and create communities where resources, properties, and ideas are shared and the living is communal. For example, in most kibbutzim in the past, children did not live with their parents but in a separate building – the children’s house, where they ate, slept, studied, and socialized. In the past few decades, the communal lifestyle has changed and some kibbutzim have been privatized.

A look at the kibbutzim and settlements in the Dead Sea

If you wish to witness first-hand the kibbutz life, such as kibbutz farming, families in the kibbutz or kibbutz factories, it would be a good idea to find a kibbutz guest house near the Dead Sea. Several of the kibbutzim in the vicinity of the Dead Sea offer such guest houses as well as other tourist services. Of course, not only kibbutzim offer accommodations and services – some settlements and villages do that as well. So here’s some basic information on the Dead Sea’s kibbutzim and settlements so you can easily where to visit or stay on your Dead Sea holiday.

A part kibbutz, part community settlement located at the north of the Dead Sea. There are 40 families in Bet HaArava today, 30 of which belong to the kibbutz and the rest belong to the community settlement. The kibbutz specializes in growing dates, bell peppers, and cherry tomatoes. It also owns the famous Lido complex at the Lido junction, which includes a restaurant, a souvenir shop, and a cosmetics shop.

Kibbutz Almog is located at the north of the Dead Sea. It is named after Yehuda Almog, one of the first Zionist settlers in the Dead Sea. In recent years the kibbutz has increased its area and absorbed many new members. Almog profits from a date plantation, a dairy farm, and other agricultural enterprises, as well as from a holiday village offering 81 guest rooms to visitors.

A kibbutz-settlement at the north of the Dead Sea. Its economy is based on animal and plant agriculture and tourism. Visitors can enjoy the kibbutz guest house, its private beach, and a large complex including a restaurant and a Dead Sea cosmetics shop. It also runs the visitor center of the nearby Qumran Caves.

A kibbutz-settlement located in the Judean Desert, a kilometer off the Dead Sea shore. It was named after Dr Natan Shalem, a famed researcher of the Judean Desert. Its livelihood is based on a date plantation and a turkey farm, as well as on two beaches (one of them the popular Mineral Beach) and the Metzoke Dargot hostel and desert activities center. Also located in the kibbutz is one of the biggest Dead Sea cosmetic factories in the region.

A kibbutz on the western shore of the Dead Sea, named after the biblical settlement of Ein Gedi, the remains of which, including a 6th-century synagogue, can still be seen today. Originally isolated from the rest of Israel (the nearest settlement was a several hours’ drive away), today Ein Gedi is the tourist hotspot of the Dead Sea, and easily accessible by cars and public transportations. It offers tourists a guest house and a spa. For all nature lovers, it is also known for an amazing Botanical Garden. The kibbutz bases its livelihood on tourism and agriculture, as well as the Ein Gedi Mineral Water factory. 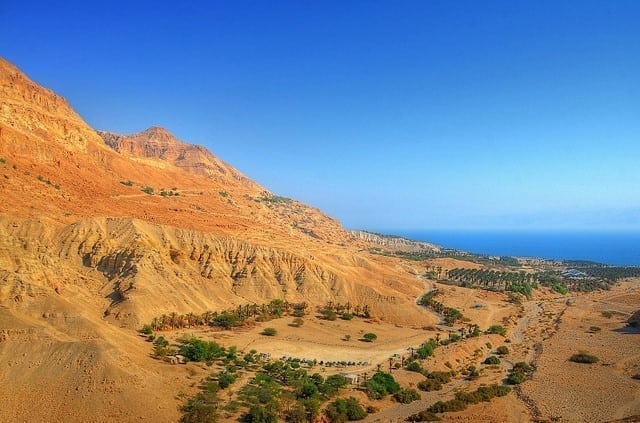 A secular agricultural village located south of the Dead Sea. Its name is derived from the nearby Tamar spring. About 40 families live in Ein Tamar and its economy is based on agriculture, entrepreneurship, and tourism.

A village in the north of the Arava, south of the Dead Sea, and close to the Jordanian border. Originally founded as a cowboy farm, the settlement later focused on fish farming and tourism, forming a desert tourism company also named “Neot HaKikar”.

An agricultural settlement of 70 families near the city of Jericho, whose economy is based on agriculture and tourism. It offers tourists B&Bs, hostels, restaurants, and a spa.

A community settlement at the north of the Dead Sea. Avnat is currently expanding as more families are moving in, and is planning to convert to environmentally responsible construction.

An eco-village at the foot of the Dragot stream in the Judean Desert, Metzoke Dragot is the location of a large ecologically-minded guest house, and home to several families who have built their homes from mud, hay, and used glass bottles. Most residents of the village practice alternative medicine. The guest house hosts large events around topics such as Judaism, Kabbalah, natural medicine, and veganism.

A secular community village and the lowest place of residence in the world. It is located south of the Dead Sea hotels area. Neve Zohar was planned and designed in 1960 by Bauhaus architect Shmuel Mestechkin, and its structures reflect it.

For all Dead Sea visitors who are interested in a serene and welcoming atmosphere of Israeli Kibbutzim, many of them have small galleries and entertaining workshops. Enjoy Israeli home cuisine or bring back memorable souvenirs made with your own hands.